By pushing sexual and gender liberation, the mina collective is vociferously fighting against the rapid gentrification of Lisbon.

Techno entangled with breakbeats, ghettotech, acid, trance and many other tentacular club fringes, mina is “like a prismatic jam coming from a dark cave”, Pedro Marum, aka initiator and resident DJ marum, states. When morning at a mina party approaches, ravers head for daylight and the outdoor dance floor. The vibrancy occasionally interrupted by the roar of planes landing in the near distance.

Stretch out your arms and those planes are almost within reach, but still too fast to disturb the ambience of the experimental DJ sets bringing a more relaxed energy to mina’s outdoor ‘village.’ 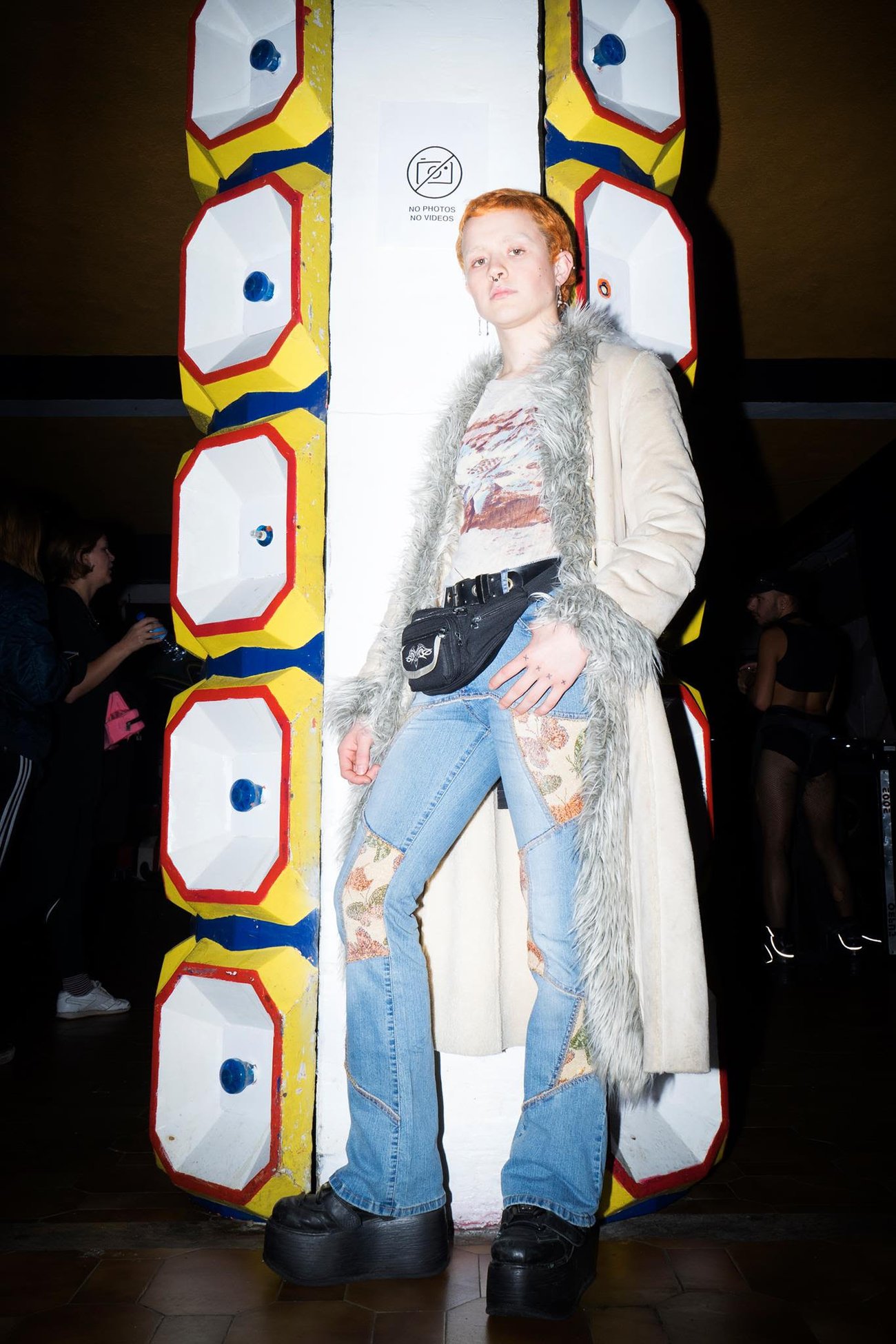 Lisbon currently stands at a crossroads, newly reinvigorated by rapid urban transformation but weighted down by the precarious issues that come with it. Reflected in the hideous mug of over-tourism, foreign investment, horrendous rent hikes and large-scale housing evictions.

Is crucial to distinguish the ambient cabaret of capitalist absurdity and strategic sanitization in Lisbon currently as a main cause in shaping mina collective. “Our idols are dead, our enemies have settled into power. In 2018 all that was (half) solid became hyperreal. Harder days are coming”, mina wrote in preparation for FALO (Fully Automated Luxury of Oblivion), a NYE party with their Berlin-based sister collective Lecken.

So, is mina a long-overdue subversion of Lisbon’s ossified, hegemonic and over-commercialized club culture?

The collective grew out of a shared desire for change, “to create and rebrand a space very outspoken to queer-feminist values, open to sex and nudity”, Pedro tells me, who was already organizing kinky techno nights under the evocative name Barghain as part of queer collective Rabbit Hole. Flyering to sell off techno for 2,99€ and handing out 1 cent coins at the door, they barked back at the big clubs, questioning the privilege of accessibility. 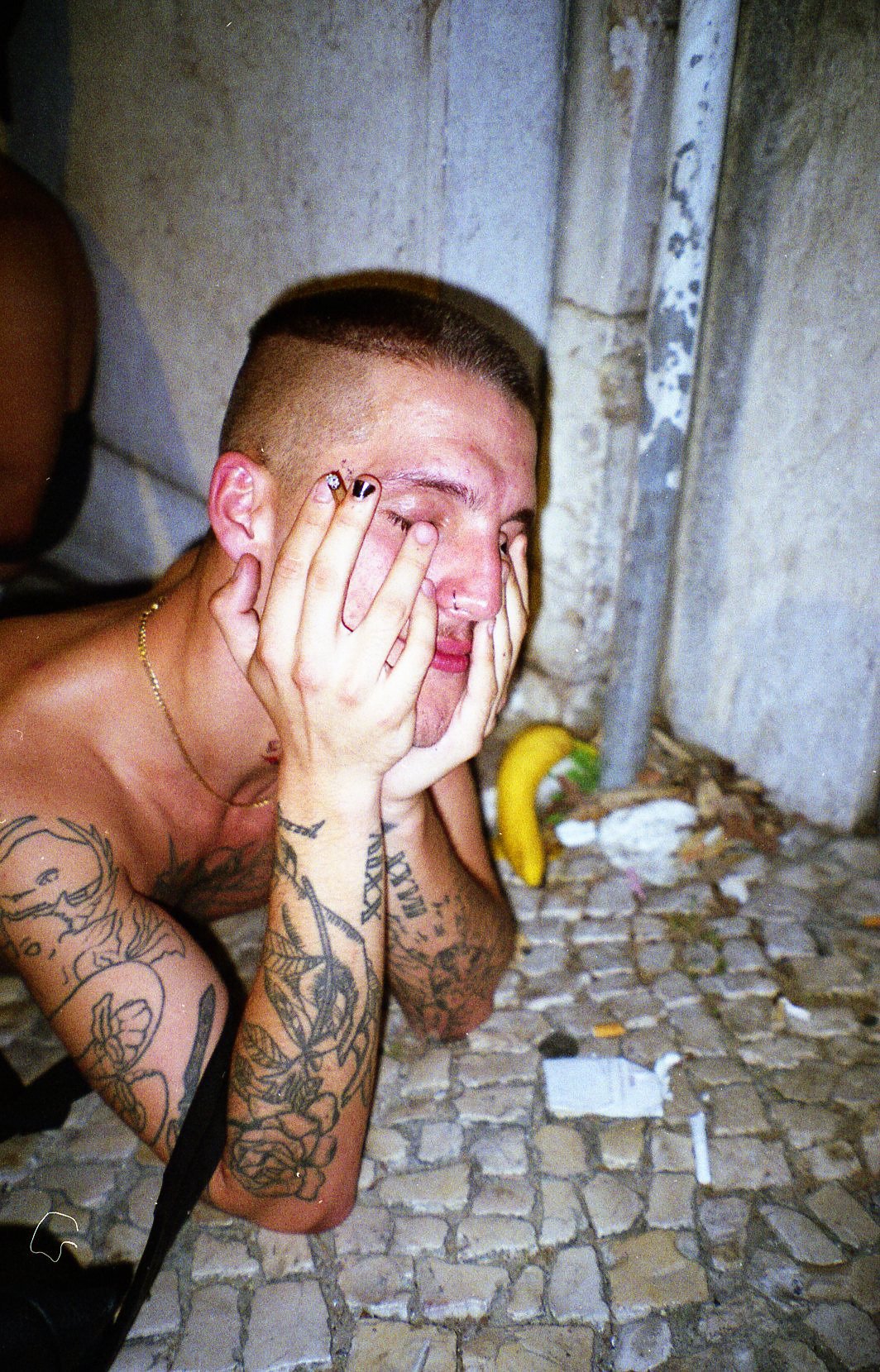 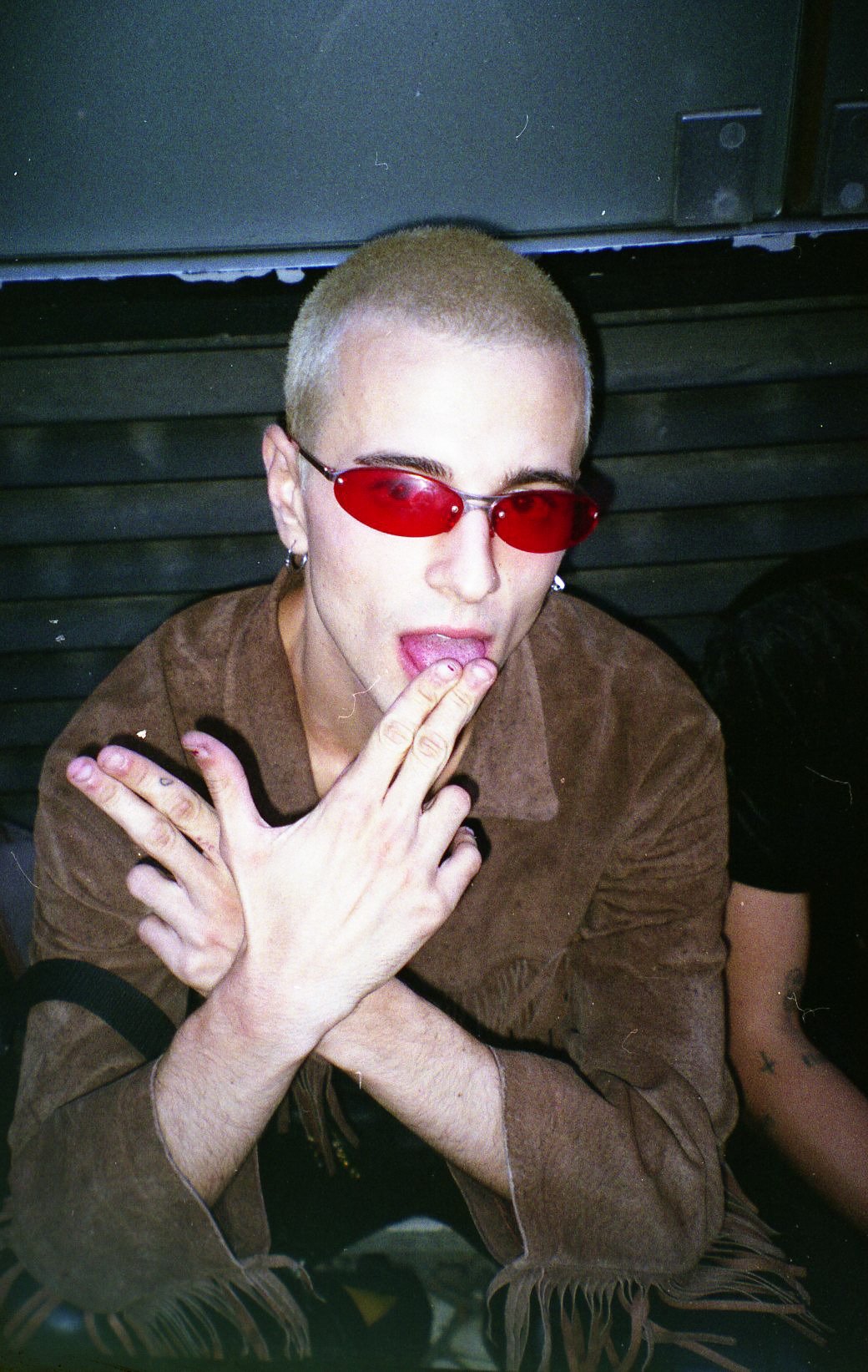 mina began to take shape almost two years ago. Pedro inviting the Rádio Quântica’s founders along with another member of Rabbit Hole, João Viegas, to kick things off. After returning from London, Inês Coutinho, who DJs and produces as Violet, together with Marco Rodrigues, AKA Photonz, emerged as crucial agents pushing for inclusiveness in club culture, and demanding the work of underrepresented artists and activists to be heard.

BLEID, ketia, marum, Photonz, Viegas and Violet are the six current residents who play at mina’s oft-noted ‘cave,’ a name that can refer to the Portuguese slang for girl, an explosively drugged drinks and underground mining. Each of the resident’s work, along with other aligned collectives, is promoted in parallel through suspension, an artist agency, platform and label that is both separate to yet closely tied to mina. 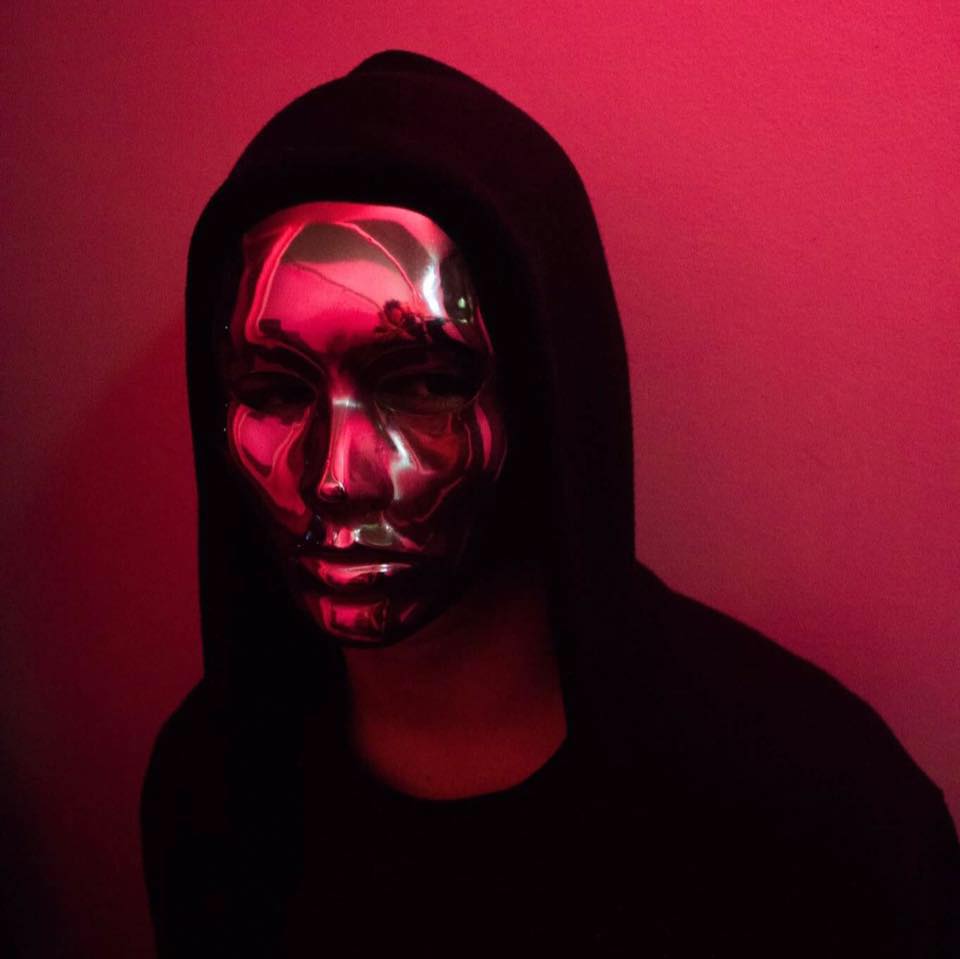 Sensitive to the already-discussed social urgencies of Lisbon, mina is filling a void. A palpable craving for liberation and unification in rave. Having been consistently confronted with intractable obstacles, the relentless fight for and, eventually, the loss of inner-city venues, the collective forces of mina tenaciously pooled to reclaim spaces and champion the representation of diverse bodies.

Launched in a brothel-turned-bar shrouded in mysticism, Pedro tells me it’s interesting to “realize the first venue able to host us was a former sex club - isolated, but located in the city centre, and ultimately sold due to the rampaging gentrification.” They were soon overtaken by the wrecking ball of urban development, the newly-scouted venue demolished 3 days before their event. Evicted again. "We all know that to the exterior Lisbon seems like a real dream: cheap and bathed in sun all year. But nothing feels more real right now than the senseless growing gentrification...", they addressed their ardent followers by letter. 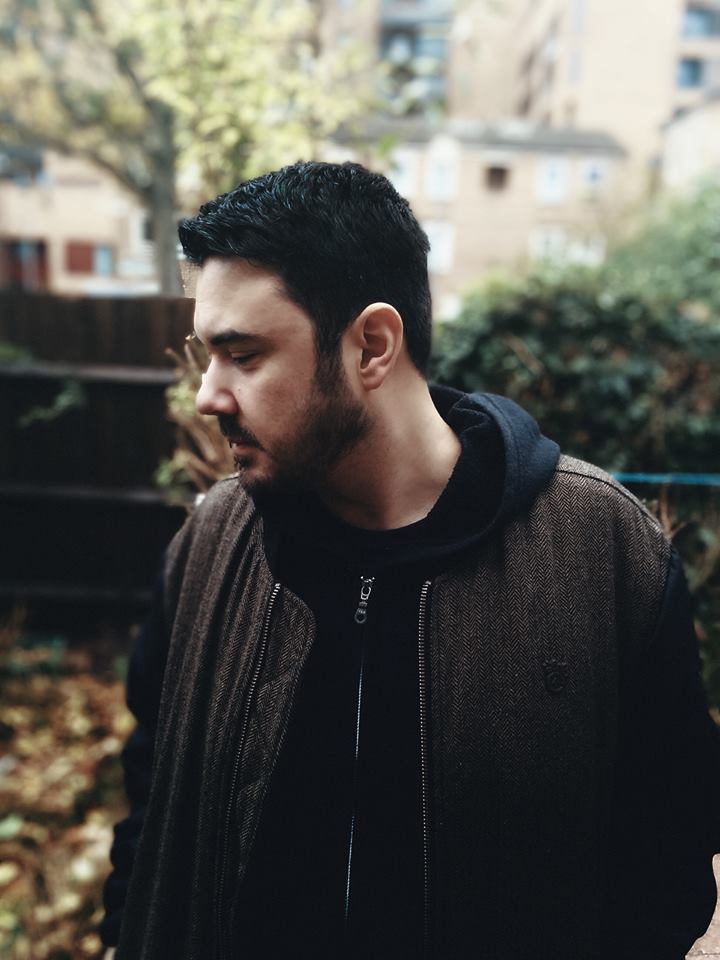 The search for a viable space has uncovered an off-site warehouse near the airport that allows “new possibilities to explore, experiment and broaden the spectrum of artists we are working with”, Inês states. However, being pushed to the outskirts highlights how deplorable the landscape of Lisbon’s nightlife has become. Retaining mina’s efforts in a peripheral space in-between stigmatization and self-empowerment. “Remember:”, mina state, “the radical difference between a party and a rave lies in the sense of urgency that is in the genesis of the rave.”

But when it comes to queering the urban politics of frustrating rigidity, mina shows what is also possible. They have been plowing their collective energy into inhabiting a space according to a central ethos of inclusivity and hedonism. Unconditionally committed to awareness and anxiety relief, they focus on a group of “sensitive and fierce selectors at the door”. And beyond the noise and zoning by-laws that aim to strangle any sort of nightlife creativity, mina events feature non-gendered toilets, a dark room, a ravers’ care corner with food, condoms, lube, tampons and earplugs, and a harm reduction team of voluntary rave lovers. 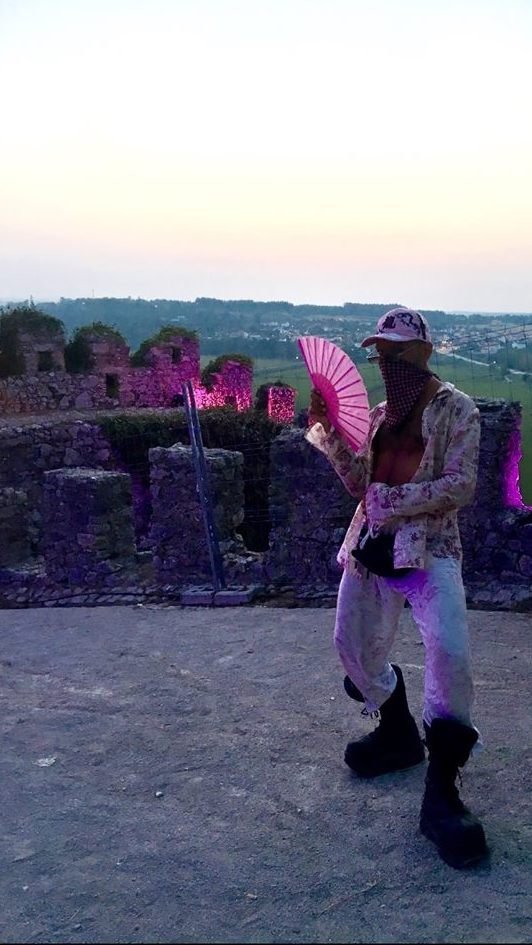 mina is vocal about creating these necessary havens in order to politicize Lisbon’s nightlife. “Wherever we work, we have to make it a battle of ours”, Pedro declares. This battle is against the marginalization of everybody and anybody non-conforming, and the violent enforcement through bigoted, misogynistic and homophobic norms of mainstream club policies.

Experiences of expulsion and exposure to prejudice is something any dancer at mina could endlessly recount. But here, embraced by mina’s obfuscated, smoke-fueled darkness, the energies of stomping ravers amalgamate into a vital and liberating sense of intimacy and togetherness. A space that is balancing self-liberation and radical expression with respect and awareness.

Most recognizably, it is the infectious passion and brimming cordiality that mina’s members bring that spills over the whole space. By shifting boundaries, mina is a refuge and home to a thriving queer techno scene defending their rights in a prejudiced city. “How do the voiceless practice dissent? How do the hopeless live out their darkness?” Fully Automated Luxury of Oblivion (FALO) is more demanding than ever before.

Hard Dance, a series brought to you by Boiler Room exploring the hard and fast fringes of club culture. harddance.boilerroom.tv/