Inside Pornceptual: the sex-positive party taking Berlin by storm

How hedonism's new guard is carving their own niche in the fetish world. Maya-Roisin Slater speaks with the founders of Berlin party collective Pornceptual.

Pornceptual co-founder Raquel Fedato sits on an impractically geometric chair in the upstairs lounge area of SCOPES, an abandoned 1920s-era ballroom-turned-art-space in Mitte, Berlin. Recently renovated and packed to the rafters with modern art & design artifacts, SCOPES will soon host an event Fedato has been commisioned to oversee. However, as staff hurry about below, shouting for cables and testing smoke machines, Fedato has taken some time off event production duties to discuss the project she runs with Chris Phillips. 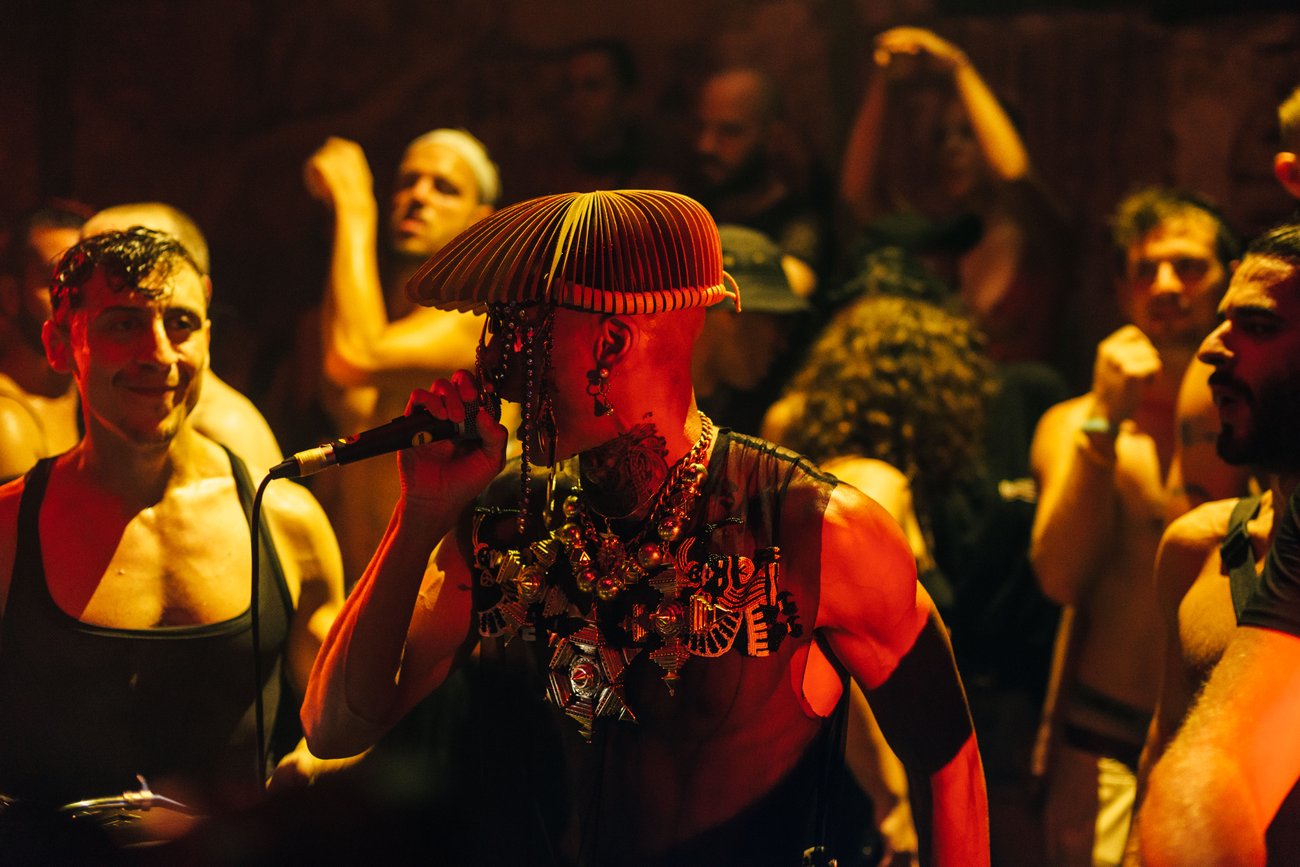 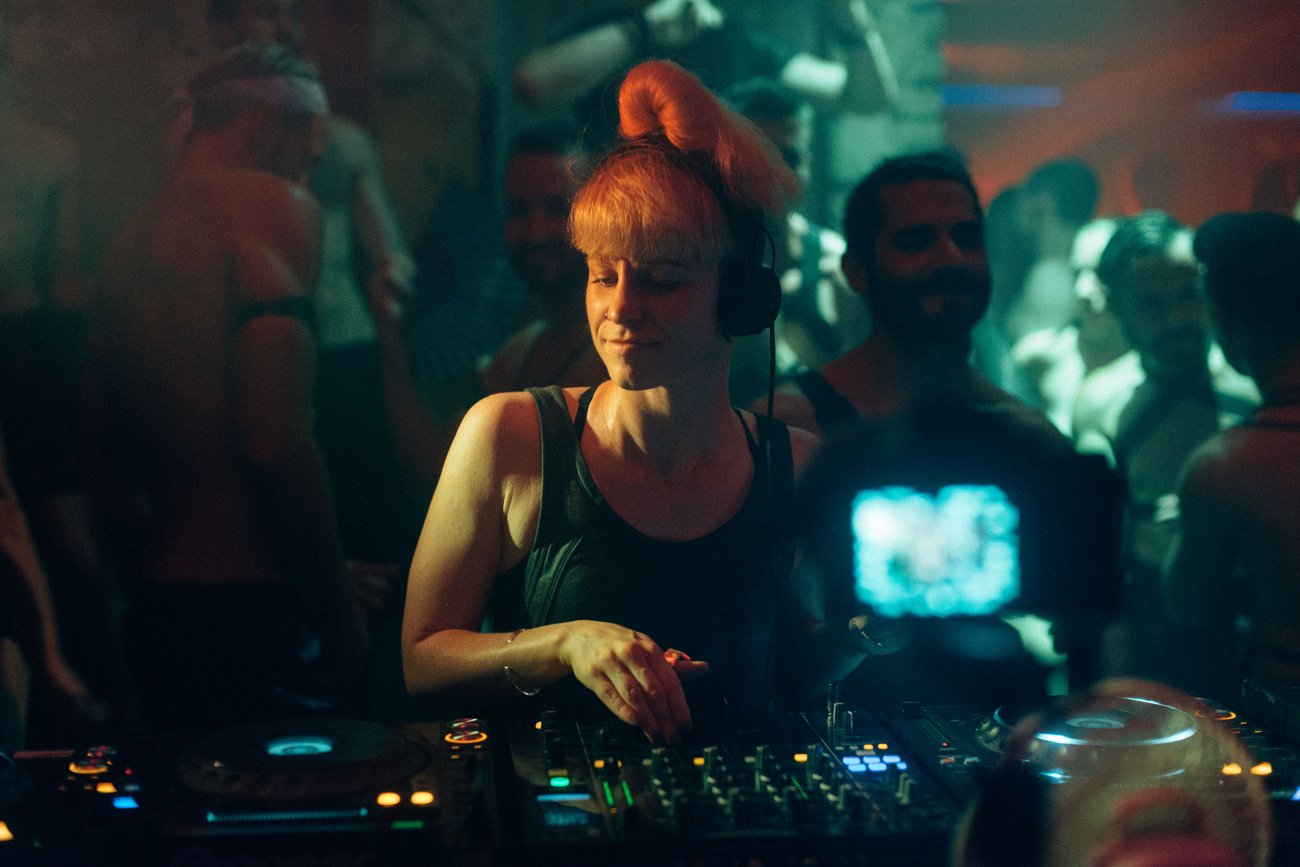 “I think usual sex parties are full of rules and people are afraid to go there because they’re afraid of breaking those rules or they’re afraid they’ll feel uncomfortable,” says Fedato. To counteract this, Fedato and Phillps ensure their safety policies are clearly visible at events and ‘dos & don’ts’ communicated online beforehand.

Pornceptual’s accessibility for newcomers to the fetish world has earned them the reputation of being “a sex party for beginners.” While Fedato is not so fond of this title, she does think its promise of accessibility rings true. “I think it’s a very good beginning because you can come to Pornceptual if you just want to listen to music or if you want to dance or if you want to have sex,” she tells me. 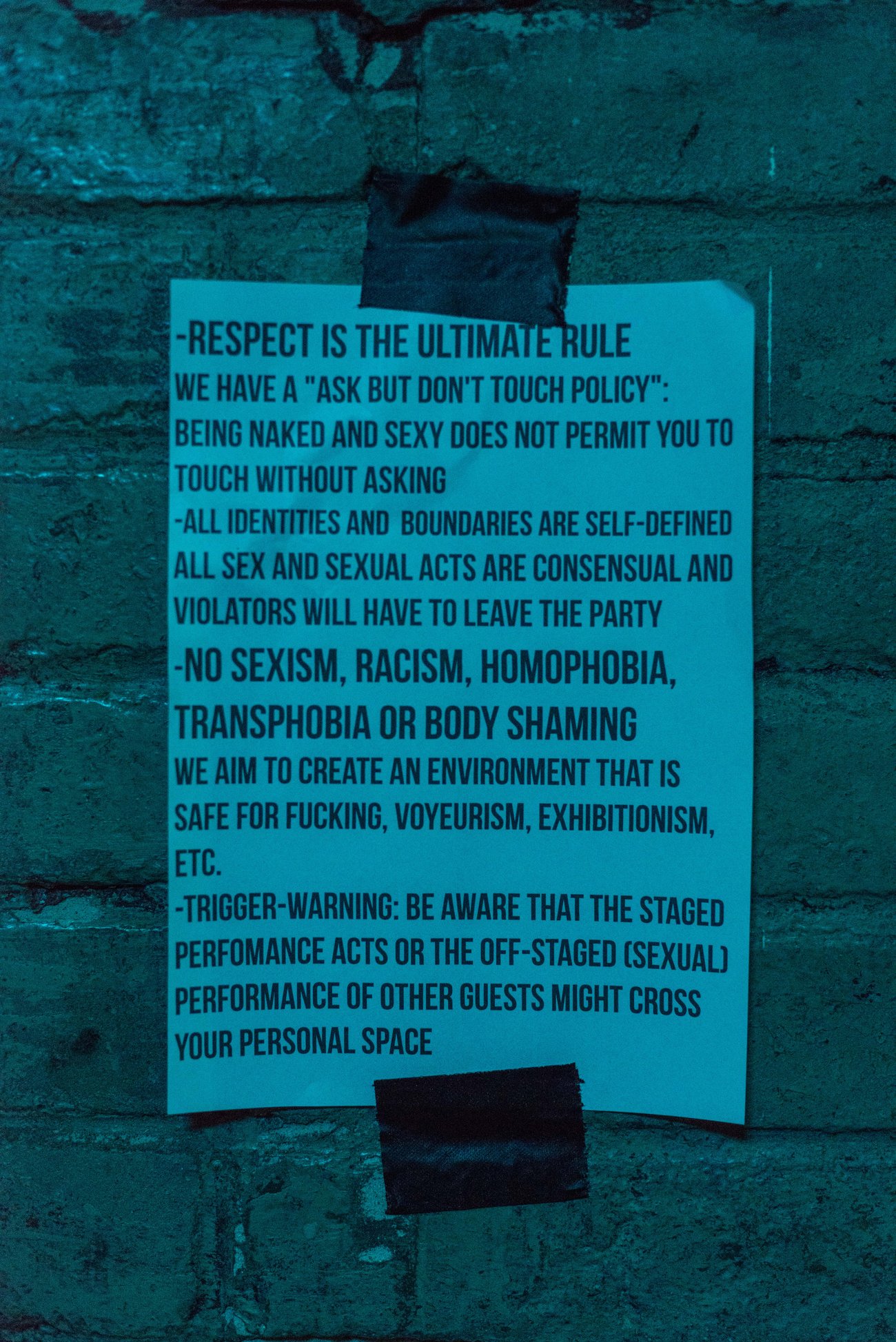 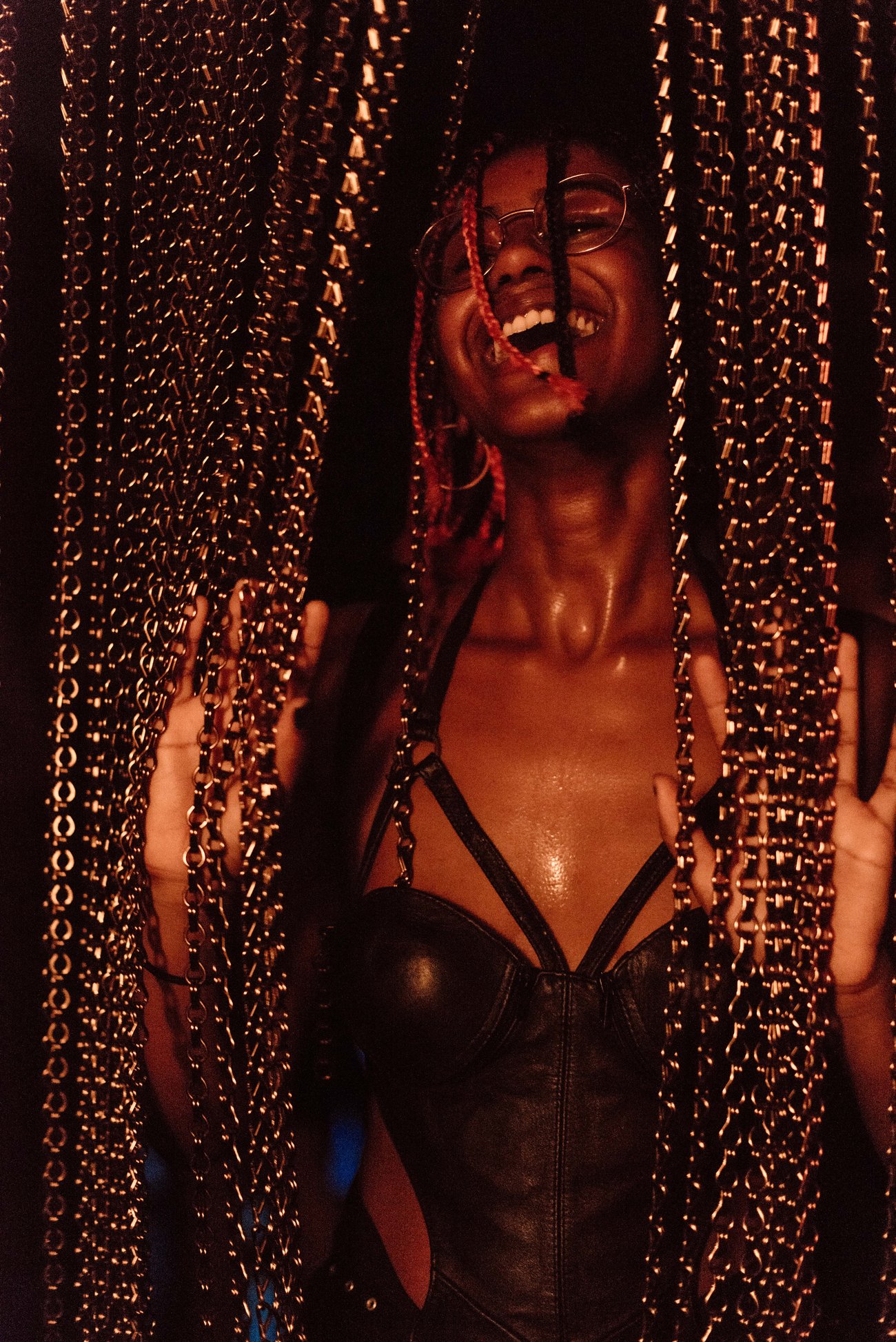 You may laugh, but this sort of social media censorship poses a real problem for a collective that relies on these sites as its main promotional tool. “That’s another reason we try to bring Pornceptual into real life because we can’t only rely on online platforms that constantly censor us,” Fedato explains.

In a city rich with fetish parties, what sets Pornceptual apart in Berlin is their thoughtfully inclusive approach. While many sex parties of this ilk tout a door policy that favors cis gay men, Pornceptual works to make a space comfortable enough for everyone to participate. “We do a lot when it comes to creating a safe space for our community, for non binary people, for women, and for queer people in general,” Fedato tells me. She explains safe space is paramount otherwise no-one attending would ever feel comfortable enough to explore the nudity element and dress down. 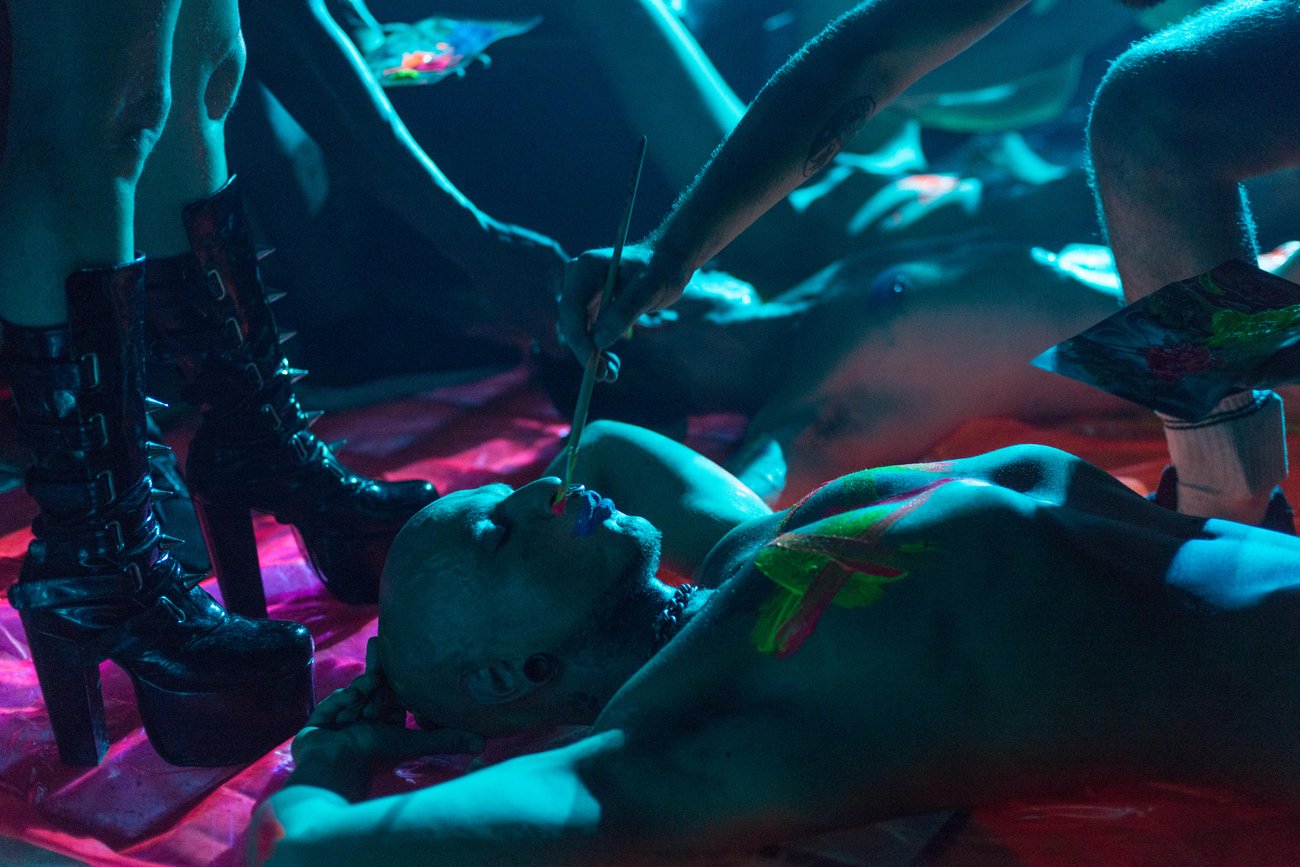 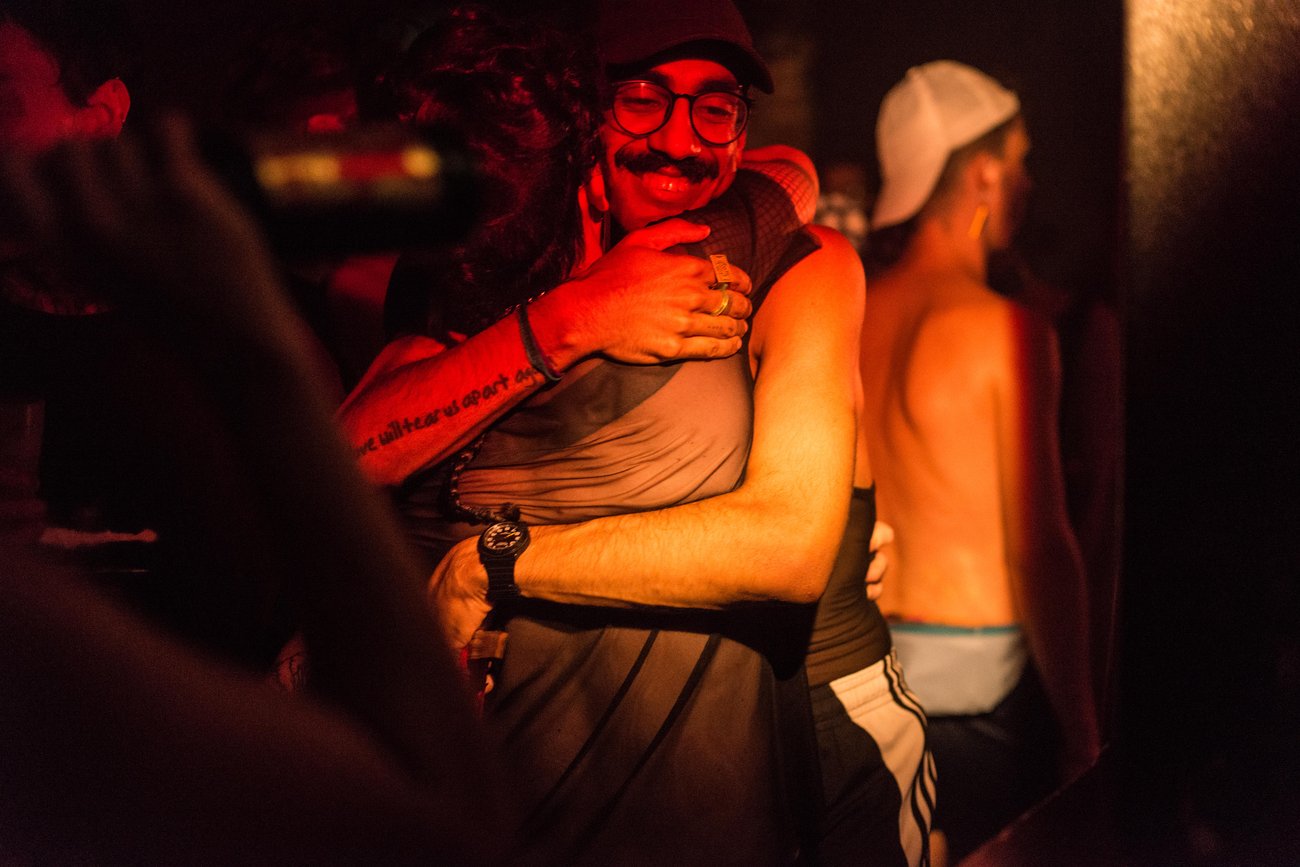 “Pornceptual was launched in Brazil as a critique against the conservative culture there,” Fedato explains. “However, it couldn’t exist long-term in Brazil for the very same reason,” she adds. Transposing the collective to Berlin, a city where the cultural perception of sex, nudity, and queerness functions in a completely different way, has allowed Pornceptual to put down roots and flourish.

Now it’s developed and they’re comfortable with how the party works, Phillips and Fedato are eager to bring PORN by Pornceptual to other parts of the world. “It’s important to bring our concept to cities that don't have such an open-minded culture as we have here in Berlin,” Fedato says. “That’s always challenging on one side, because it’s difficult to understand what the boundaries are of organizing Pornceptual in different cities,” she explains, adding that challenge is offset by the actual experience of doing them. “It’s always very interesting to see how people react and what they take from it in the end.”