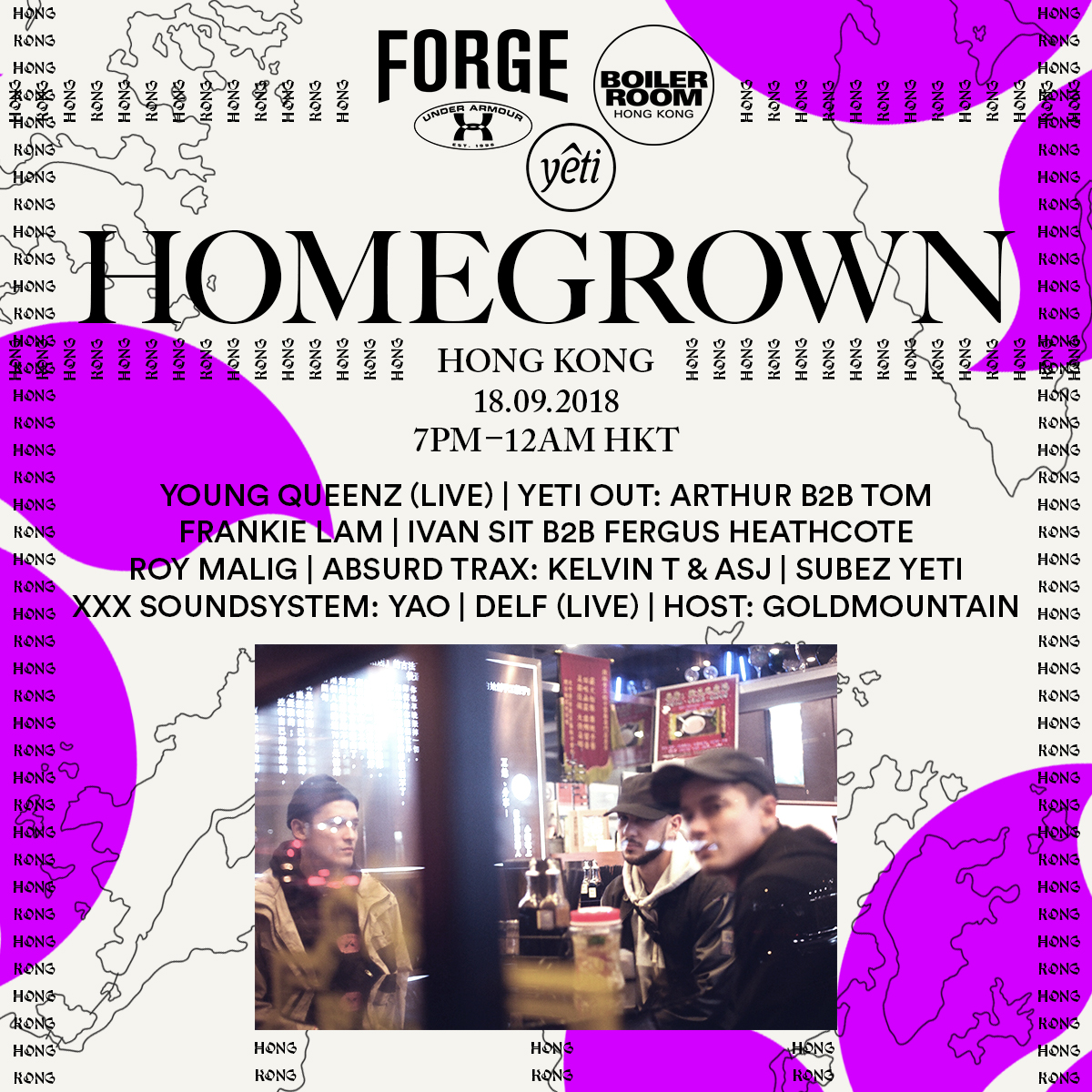 IMPORTANT: THE PARTY HAS BEEN RESCHEDULED TO TUESDAY 18.09.2018 DUE TO TYPHOON MANGKHUT

Throwing four events together in six of the global stops, Hong Kong based music and arts collective Yeti Out take control of the second leg of UA Sportstyle's Pioneer series for a one-night off-camera event at a former prison hall.

For the Boiler Room x UA Sportstyle event, Yeti has thrown a lineup of well-known friends in the scene: from the original Hong Kong Frankie Lam from tech house imprint PUSH and disco funk specialist Ivan Sit will play alongside the Yeti Out brothers (Arthur & Tom) and Subez Yeti. In homage to the city's club culture, Yao will be representing the now defunct Kowloon underground dive XXX. Young guns like Fergus Heathcote will go head-to-head against Roy ViBAHoLICS who'll be playing all vinyl. Known for his energetic sets, Canto rapper Young Queenz will perform his latest cuts alongside beat maker Delf from Silk Road Sounds. Waving the flag for innovative dance label Absurd Trax is Kelvin T and ASJ who'll lead with a hybrid special. Hosted by MC Goldmountain, expect a sweat box packed with forward-thinking sounds.

Based between Hong Kong, Shanghai and London, Yeti Out bridges east and west with its series of pop-up raves and artist bookings. Its record label Silk Road Sounds plays a pivotal role in highlighting the experimental rhythms from various parts of Asia, and its parties are a reflection of youth movements that shape creative culture in cities that never sleep.