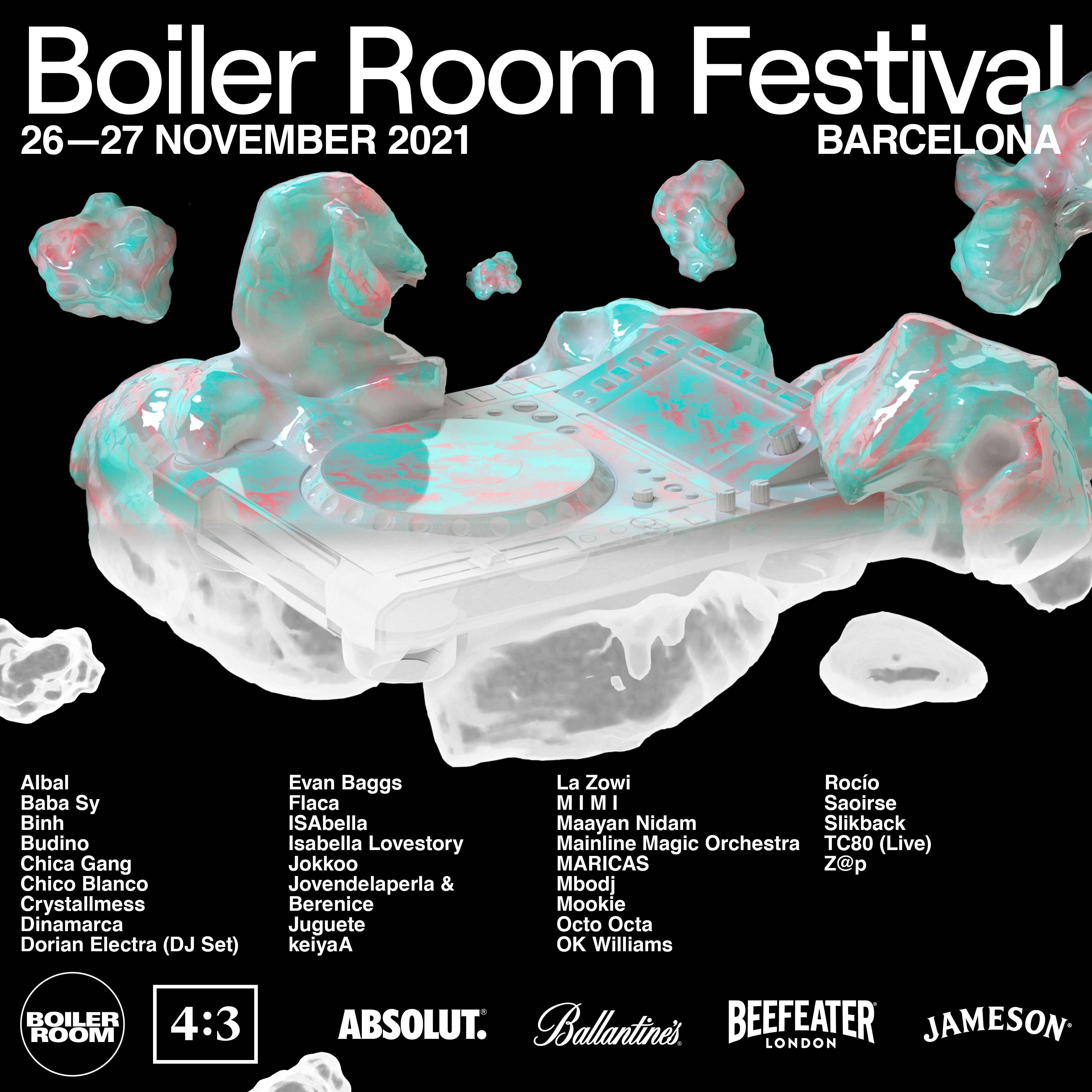 Staged over two nights and the finale of three Boiler Room Festivals in 2021, Boiler Room Festival BCN will feature some of the city’s most essential artists, DJs and collectives – as well as special guest live performances and video installations. Intimate, raw & in-the-round.

The festival begins on Friday 26 November with an opening concert of live performances from La Zowi, KeiyaA and Mainline Magic Orchestra, showcasing new collaborations and music.

Two years on from their explosive first set on Boiler Room, Madrid based Chica Gang curate Nitsa’s second room, bringing together the likes of Dorian Electra, Dinamarca and Isabella Lovestory, among others.

Boiler Room Festival Barcelona closes on Saturday 27 November with a Maayan Nidam, Binh, Evan Baggs, [email protected] and TC80 bringing their varying styles of techno to room one whilst Jokkoo, a collective pushing a forward-facing style rooted in sounds from the African continent and and its diaspora, takeover room two. Cystallmess, Slikback, M I M I and more join them.

Boiler Room Festival is made possible thanks to our partners, each with their own values in music: Absolut—the spirit of openness, Ballantine's—spotlighting collective power, Beefeater—celebrating contrast and Jameson—amplifying connections.

As C-19 cases are rising, we urge you to take as many precautions as possible before attending events. Test yourself no more than 48 hours before arriving, do not attend if you are positive or have been in contact with someone who is or if you have symptoms. Let's keep each other safe.

This event may have strobe lighting.

If you or someone you're coming to a show with has questions or additional accessibility requirements, please contact [email protected] with the details. We will try our best to facilitate and support you with access and any further needs.