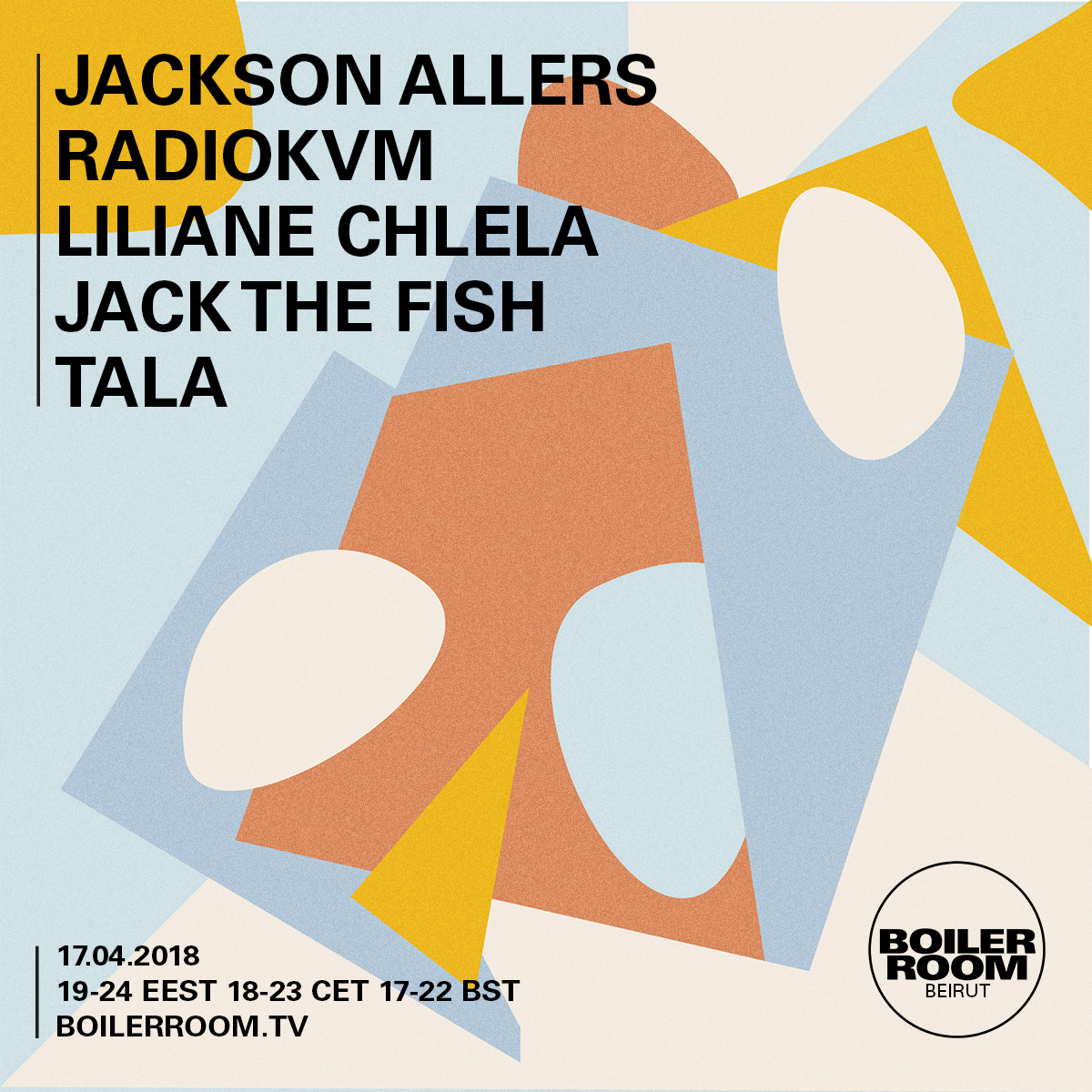 We’re touching down in Beirut for our another live broadcast from the Lebanese capital. Gathering up some of the city’s most essential DJs, the night is a get-together of the “who’s who” in Beirut's underground scene.

Jackson Allers is a resident at Beirut Groove Collective, a party the New York Times dubbed one of the best in the world. Radiokvm and Liliane Chlela are two of the most prolific names in the experimental side of Lebanon’s electronic music; and Tala Mortada has been on the scene for years as a visual artist and DJ, on top of running one of the most popular clubs in town herself. Rounding up the night is Jack the Fish, one of Beirut’s most promising new DJs.

Join us on Tuesday. Request an invite if you’re local, or tune into the live stream at 1900 EST (UTC+2).