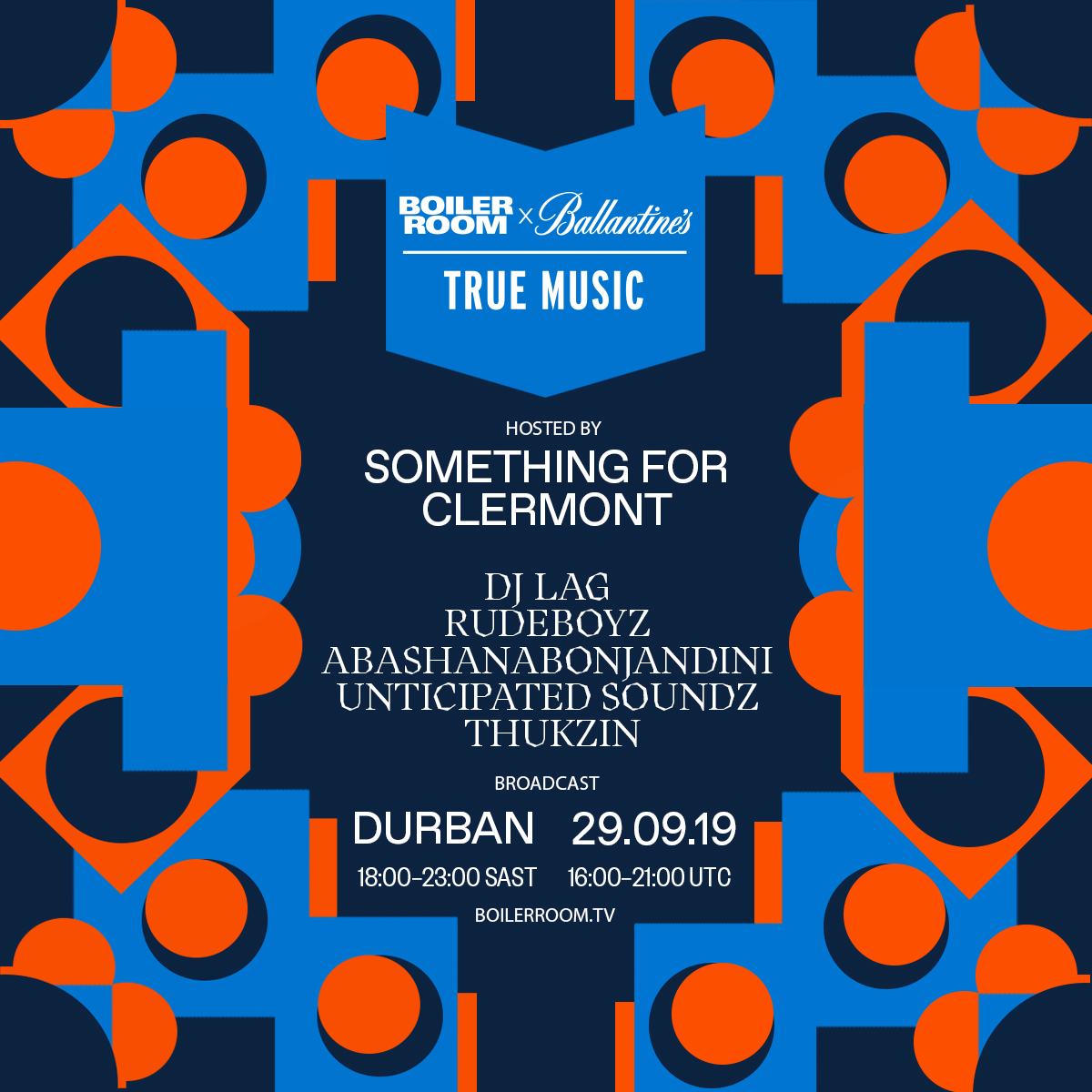 Boiler Room x Ballantine's hosted by Something for Clermont

Boiler Room and Ballantine's step into new territory with a long-overdue debut in what could be possibly South Africa’s most important musical hub, the coastal metropolis of Durban. With a long history of exceptional artists, DJs and performers calling it home, Durban has been an enduring incubator of creativity and talent, giving birth to new sounds and styles that have gone on to rule the SA mainstream.

No sound has dominated Durban, and South Africa as a whole, over recent years more than the raw, minimalist broken rhythms and trance-like drones of Gqom. The beating heart of the Durban club scene, it has catapulted from an afterparty music played in its shebeens and townships to become a global movement, dominating club sets from LA to Berlin.

And for our first foray into this vibrant city, who else to link up with than Gqom’s most lauded export…. DJ Lag. Here we celebrate his homecoming event ‘Something For Clermont’ with a hand-picked lined up, in one of the most important townships for the birth of the genre. Witness the culture in its natural surroundings, do not miss.