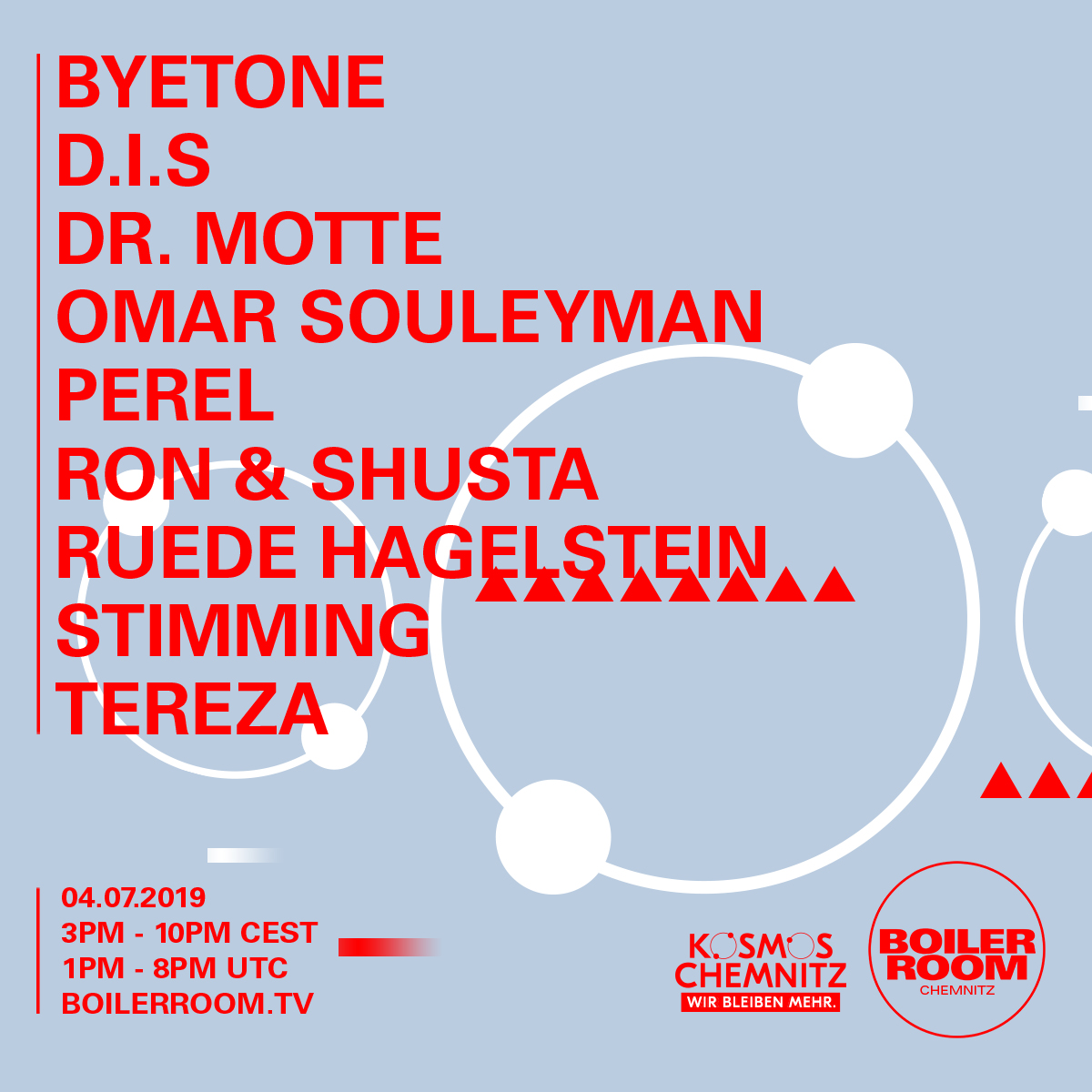 The violent far right protests during a city fest in Chemnitz in late summer 2018 sparked protests in form of a spontaneous concert that was attended by 75000 people and gave birth to a campaign called #wirsindmehr. This year the city of Chemnitz is picking up on the impact the movement had locally and nationally with a series of events that focus on the citizens and activists working on making Chemnitz a diverse and liveable city, taking place between July 4th and July 7th all across town. Boiler Room is proud to be part of that, contributing with a BR broadcast bringing together a line-up of local acts, national stars and international highlights.

Long-time local music activists D.I.S. and Ron & Shusta will kick things off, followed by Chemnitz very own bass music star Tereza. Special guest is no other but Syrian superstar Omar Souleyman, finally joining us for one of his signature high-energy live shows. Watergate resident and restrealitaet.de co-founder Ruede Hagelstein will bring his machines, as will raster (noton) founder and experimental dance music legend Byetone. Love Parade founder Dr. Motte will showcase why techno’s underlying political message is more relevant than ever and Solomun homeboy Stimming will join us for his BR live set debut, with local musician and space disco superstar Perel wrapping things up.

Join us for a day of music, taking a stand against racism and nationalism! #wirbleibenmehr!