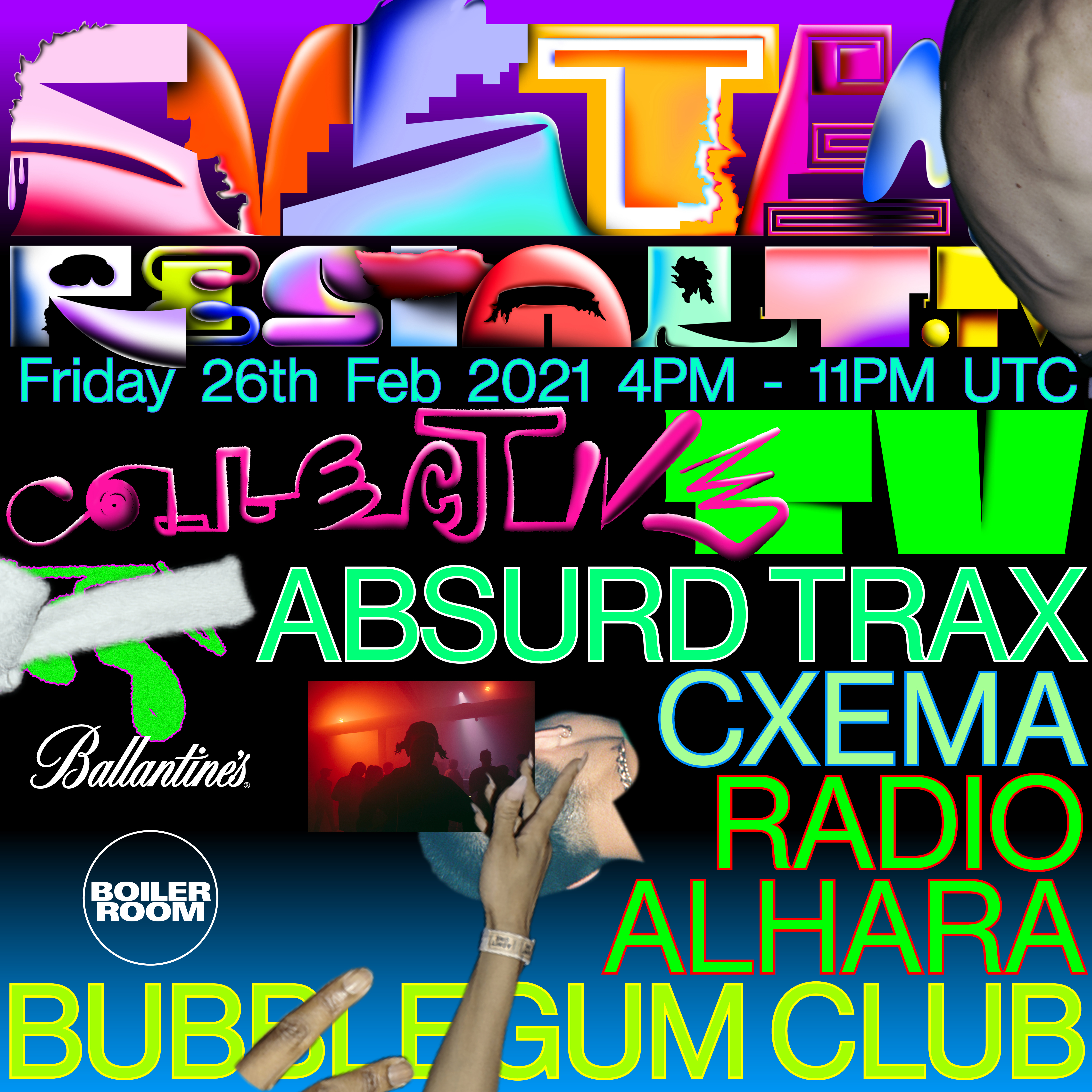 We're building on our grant scheme with Ballantine’s ––in which 20 collectives were awarded financial support at the start of the pandemic–– with the launch of COLLECTIVE TV. A mix of 2020 grant recipients & a selection of new collectives will present audio-visual shows, combining talks, interviews, mixes and music videos. The second four:

Absurd Trax deliver a label showcase with sets from Nerve, PRINCI, online threat and ASJ alongisde a showreel of live moments and music videos from their archives. Hosted by FOTANLAIKI.

Radio Alhara present a showcase of label favourites show between Amman and Bethlehem. Performances by Joe Namy, Aia Atoui and yarghul musician Dirar Kalah, alongside a DJ set from Lil Asaf and BA.

Bubblegum Club focus on spotlighting the current sound of Johannesburg as well as giving a visual sense of the cities atmosphere and culture. Featuring an audio visual DJ set from DJ Styx and Dhevan Bergmann, a documentary on the history of house music in South Africa, music videos by Star Playa Nyaoza, De Killer Clown and Kras & Sexxu and a roundtable discussion between KOP, Heavy Rotation and Deneice Mars about being a promoter/dj in the time of covid. Hosted by Binwe Adebayo.

Cxema curate a series of live performances from local stalwarts Maryana Klochko, Voin Oruwu and John Object. They will also show a short documentary 'Dedicated To The Youth Of The World 2 (Documenting Cxema)', offset by interviews with key collaborators for their visual identity and the documentary makers themsevles.

Supported by Ballantine’s True Music, who stands with and supports music communities and cultures around the world.

Throughout the festival, we'll be raising money for #saveourvenues—a fund run by Music Venue Trust focused on preventing the UK's vital venues having to close permanently due to Covid-19—donating 100% of profits from the sale of our newly launched masks to the cause. Buy here.