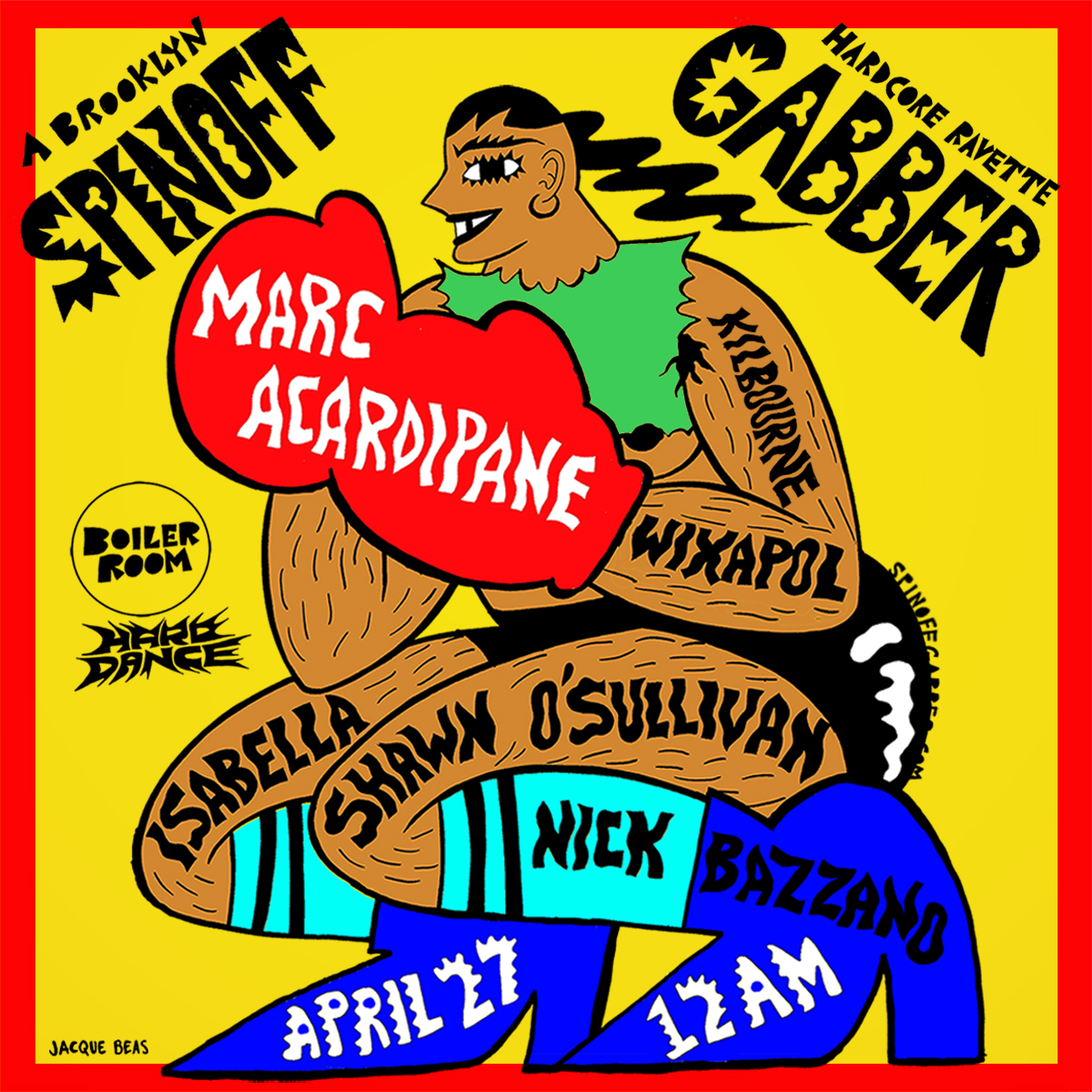 The creative team behind NYC’s queer rave collective Unter is back with the second edition of their hardcore series: SPINOFF GABBER.

Much like BR's Hard Dance, SPINOFF GABBER explores the harder, faster, and more extreme fringes of dance music with programming that traces a pummelling arc through the history of the hardcore continuum. For this dip into the archive of only the roughest and toughest, we are going back to the beginning to connect the dots all the way from Planet Core Productions—the label that started it all in the early 1990’s in Frankfurt, Germany—up through hardcore and gabber’s contemporary reuptake in some of the most compelling and challenging queer and underground electronic music of today.

The roll-call for this hardcore ravette starts with the Godfather of hardcore himself, MARC ACARDIPANE, the man who practically invented the genre and served as inspiration to generations of hardcore’s torch-bearers and dominators. Two of these heavyweights, SHAWN O’SULLIVAN and KILBOURNE, both of whose work continues to explore the apocalyptic futurescapes first envisioned on Planet Core, join the bill. Furthermore, we’re excited to showcase a new generation of performers from both Europe and the United States whose projects embrace and experiment with the sonic legacies of hardcore, gabber, and other niche extreme rave variants, including Boston’s live-mod queen ISABELLA, the Warsaw-based high-BPM rave crew WIXAPOL, and Spinoff Gabber’s own NICK BAZZANO.