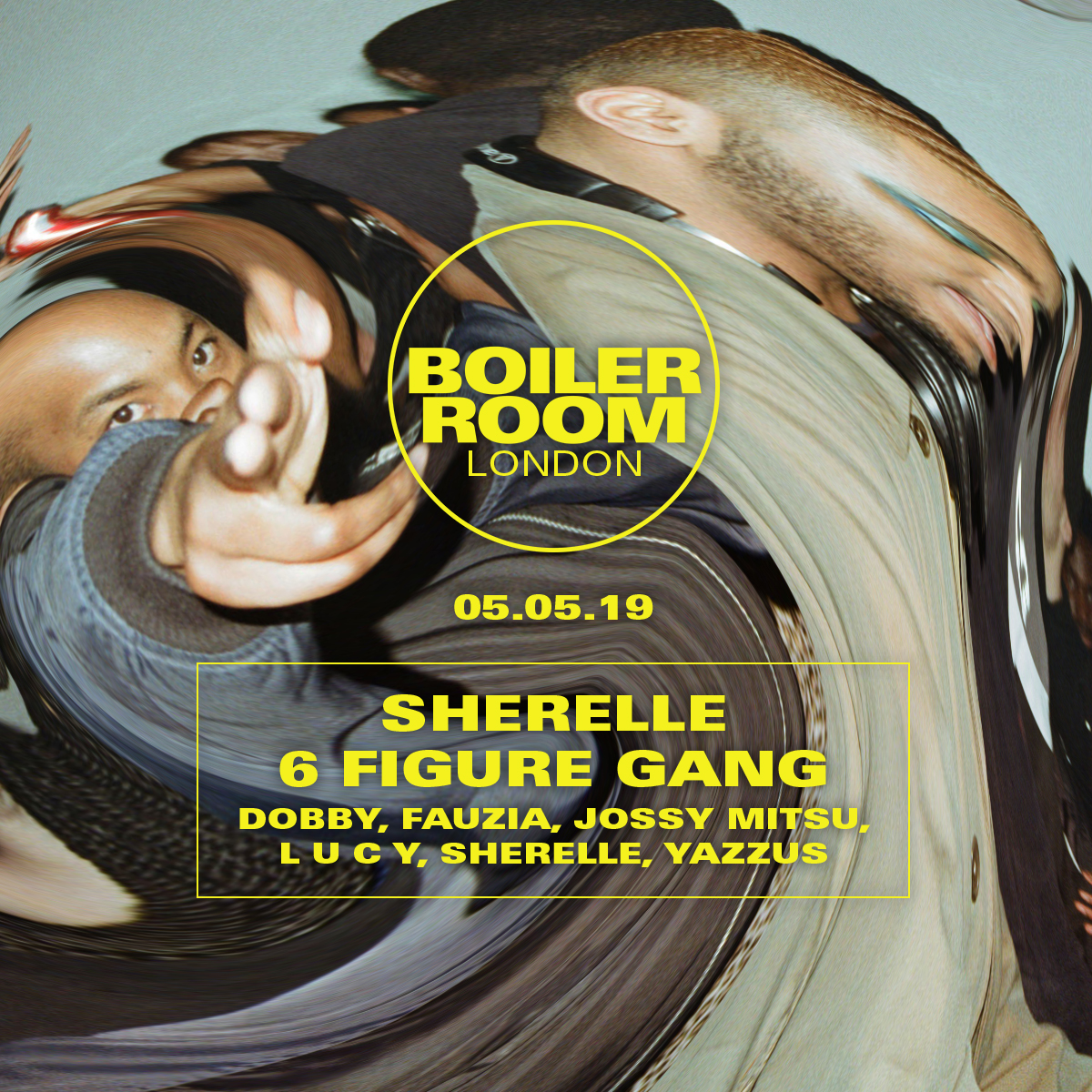 After the chaos of our recent studio shows in London, Boiler Room is on a new drive to bring these moments out of HQ & onto the road. To accelerate the new artists we feel deserve extra shine, we're jump-starting a new touring series.

First out the blocks: a UK-wide tour with Sherelle –– the London-based speed selector & a sixth of Rinse FM's most raucous new resident crew, 6 Figures Gang. The tour will feature a rolling cast of friends & family, alongside a selection of local residents. To kick things off, we're starting in her own back yard with her whole crew inside. No nonsense, turn up music only –– get stuck in.

Birmingham born, London based Jossy Mitsu is known for her ability to rinse out twisted concoctions of House, Techno, Leftfield club music and Jungle, or serenade you with her 2-step vinyl collection. Now 24, based in London and hosting a residency on Rinse FM, she continues to grow as a highly sought after selector.

Producer/DJ from Bristol living in London. Released music projects independently and through labels such as Trapdoor, Femme culture & future bounce. DJed for labels such as Bandulu, Butterz & Croydub last year with more sets lined up in 2019. Mixes are 140 focused but all span across a number of different genres from 100 to 160 bpm.

Yazzus is a DJ and producer from London with a love of high energy, bouncy electronic music spanning different textures and tempos. Her production includes a successful deep medi bootleg pack twisting dubstep classics into 160 rave meltdowns, which is something Yazzus is all about. Expect fire blends and a journey of various soundscapes across her sets and mixes.