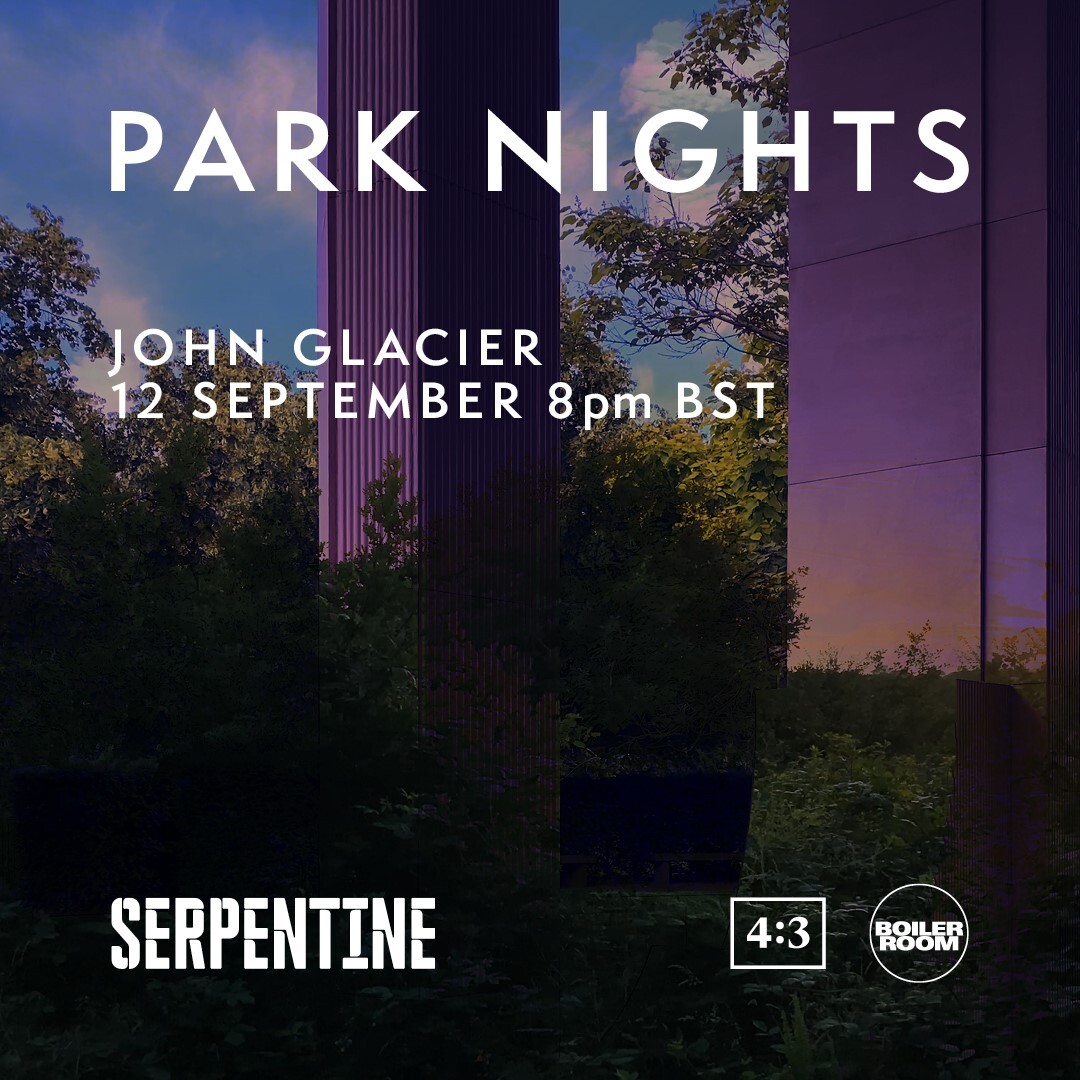 London born John Glacier has become an almost totemic figure within London’s underground music scene. Widely regarded as one of the UK’s most exciting and elusive talents, John’s officially released output is scarce. Despite scene-stealing features for Dean Blunt’s Babyfather project, Ragz Originale, and a handful of extremely well received online releases, her talents are somewhat of an urban legend. However, this is all due to change this summer with the release of her debut project.

We’ve partnered with Serpentine to broadcast the 2021 edition of its experimental, interdisciplinary live series, Park Nights.