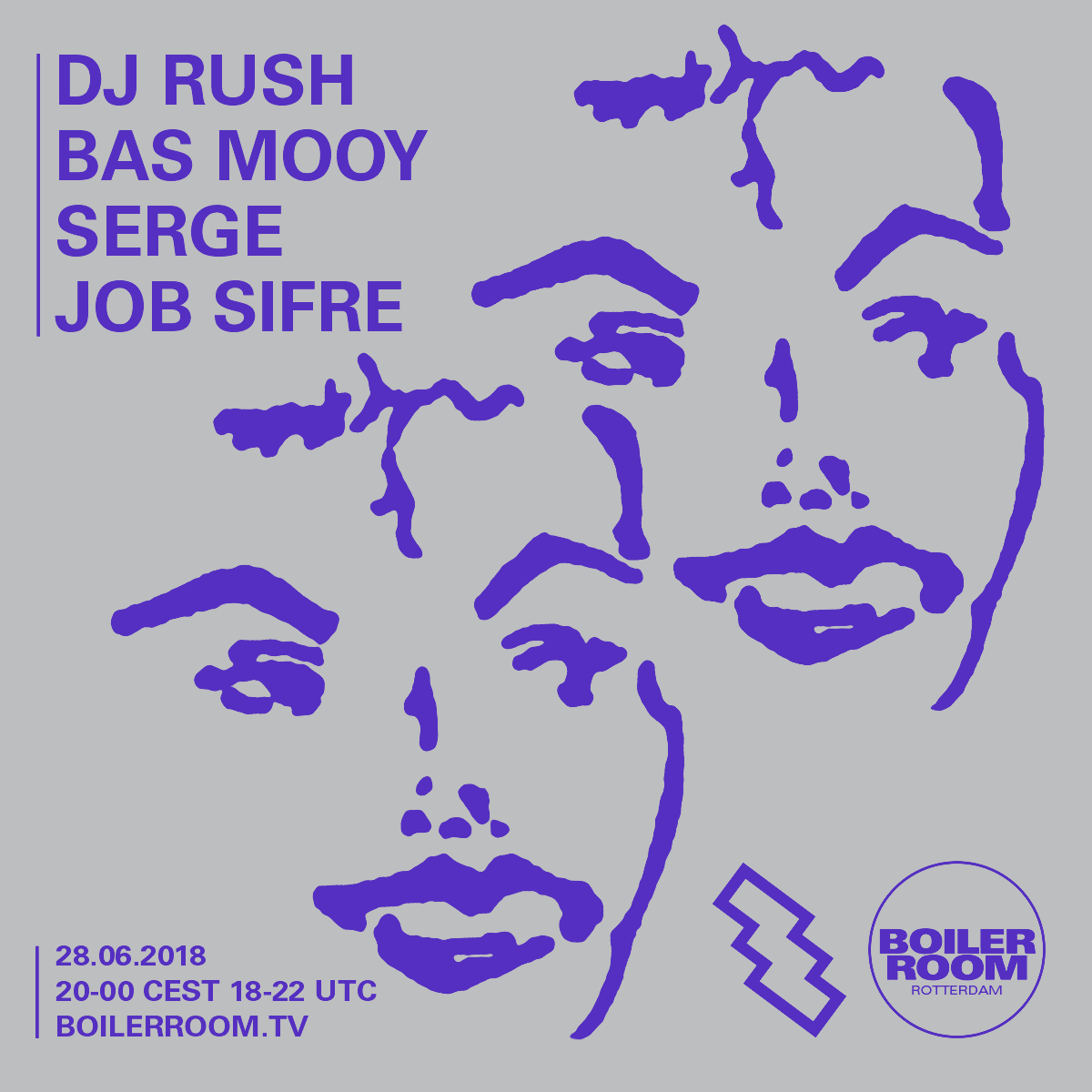 Rotterdam! We are back after many years to celebrate the city’s formidable legacy with a local cast of heavy hitters and one US techno goliath. Come join us for an intimate rave.

Our international guest is out: techno titan DJ Rush is over from Chicago to play his first BR. The long-time Dutch regular will bridge a longstanding connection between the American Midwest and South Holland, united in their love of industry-influenced slammers.

Joining him will be two of the city’s most influential champions, paired up with two rising talents close to our home for the night, BAR. All five will ramp upwards from EBM, wave and chug into electro, techno, industrial, and some seriously tough sounds.

Bas Mooy, a stalwart of Rotterdam since the late '90s and one of the brains behind Mord, is back on Boiler Room to wreck it again. Joining him in the return camp will be Clone kingpin Serge, his first BR appearance since a label takeover at Expedition Festival 2014.

In the debuts camp: rising talent Job Sifre, a former intern at BAR, will show off his sharp productions and mastery of intense sets at lower speed. And warming up the levels first will be Operator Radio’s Ofra - true to radio form she will play before we go on camera (so come early! and stay late!)

Space is limited so don’t hang around applying for a guest list spot if you want to be part of Boiler Room’s Rotterdam Special. Prepare to sweat.