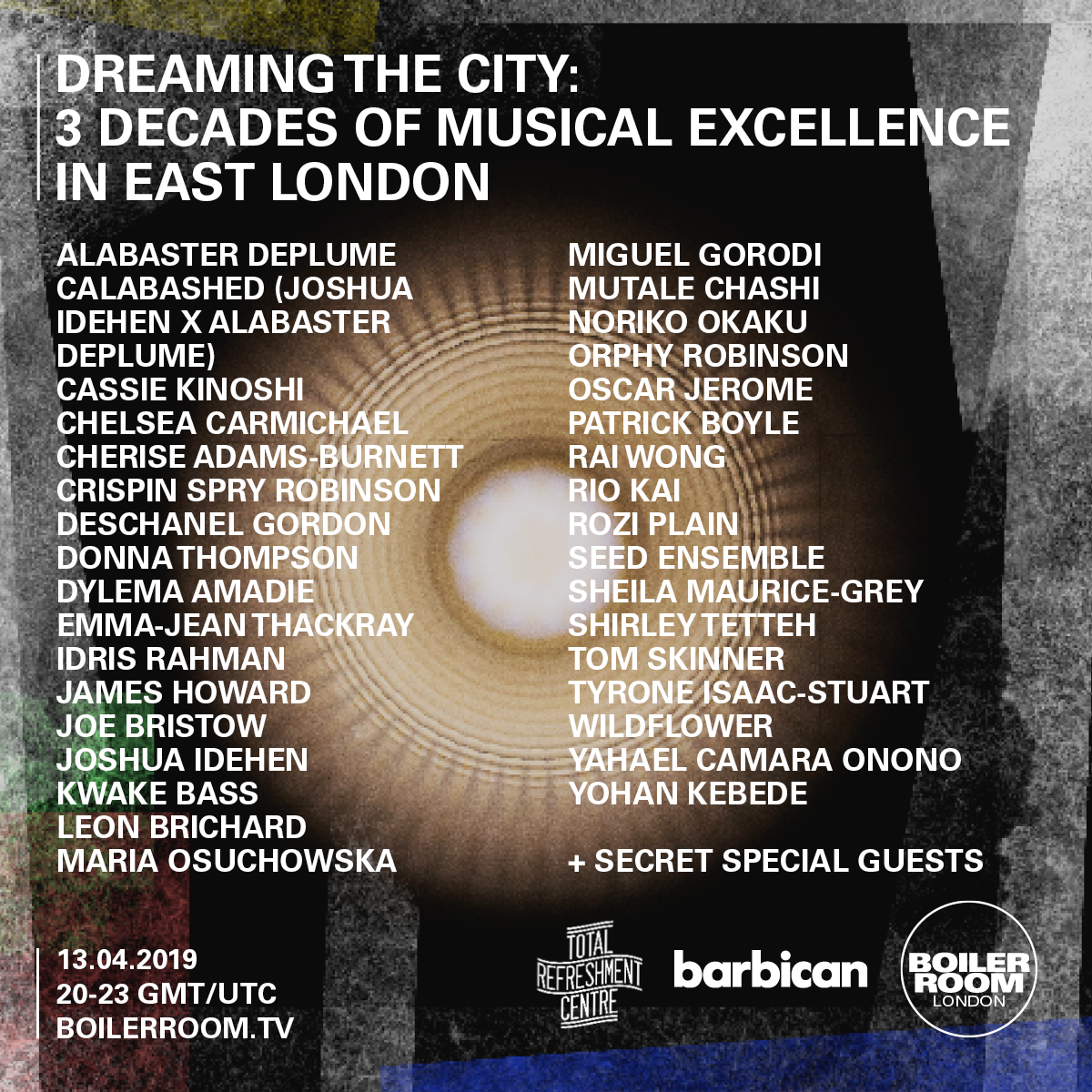 The concept of the show is a live mixtape exploring three decades of musical excellence that took place inside an Edwardian warehouse in Hackney.

The building began life as a confectionary factory and by the 1990s had become Mellow Mix, a Caribbean social club and rehearsal space. In 2012 it began running as Total Refreshment Centre, an influential studio and venue that has played an integral role in the upsurge of new London jazz, which is now gathering worldwide attention.

This milestone event will unfold over five chapters with 30+ musicians from the TRC orbit blurring the lines of what jazz is, creating new, exclusive and unexpected collaborations.

The evening will start with a celebration of Caribbean sounds, recognising the community that first established the space as a musical hub. Following this, we trace the contemporary lineage of jazz music between inner-city London, West Africa, the Caribbean and continental Europe.

Expect a session showcasing household names premiering new outfits, dropping old classics and brand new tunes. The music will reflect the diversity of sounds that have been danced to at TRC, from reggae and dub, to Krautrock via jazz and West African grooves.

There’s a strong link between club culture and live music in today’s vibrant music scene - what some have called ‘jazz-rave’ - and Dreaming The City will offer an energetic journey through time, space and London’s rich culture.

The narrative of Dreaming The City is inspired by the history of this building, made special by the communities that inhabited it over the years. This story, researched by writer Emma Warren, is explored fully in her new book, Make Some Space: Tuning Into Total Refreshment Centre (And All Places Like It).