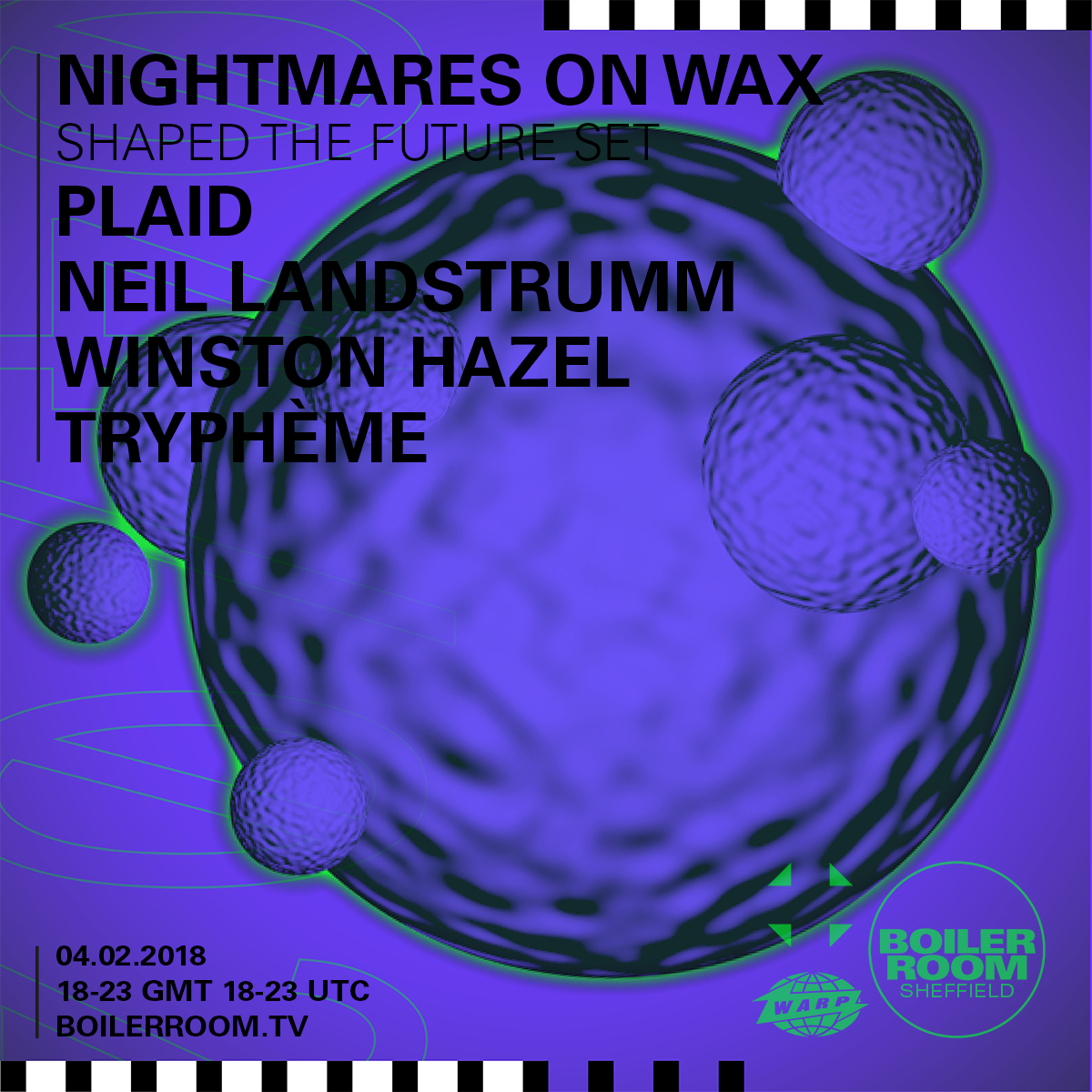 We are coming back to Sheffield with a two-part celebration of the Steel City's heritage: specifically Warp, one of the UK's all-time greatest record labels, and CPU, one of the best new stables to do it in recent years.

Topping the bill for Sunday 4th February's broadcast will be Warp mainstay and Boiler Room hall of famer Nightmares on Wax, performing a one-time-only 'Shaped The Future' special set to mark 30 years in the game. Where he takes it is anybody's guess but this is not to be repeated; miss out at your peril. Equally, don't miss out on his brand new album – grip orders here!

He'll be in action with two fellow pioneers in the shape of The Black Dog / Plaid's Andy Turner, and Forgemasters' Winston Hazel (the first ever releasee on Warp, fact fans). Those explosive early days of Sheffield bleep wouldn't be the same without them, so we couldn't miss out.

Two live acts will be repping CPU's corner: Neil Landstrumm will be returning after his tag-team with Karenn three years back, bringing all manner of ruffneck assault to our warehouse party. And we're delighted to welcome Tryphème over from Lyon – 2017's Online Dating album was a rock-solid Boiler Room office favourite, so we're looking forward to hearing her emotional electro in person.

There'll be a second Sheffield session on Monday 5th too so keep eyes peeled for that. Either way, you don't want to miss out on this stringing together of electronic goodness from 1988 > 2018 – so clear your diaries, request an invite, and good luck.